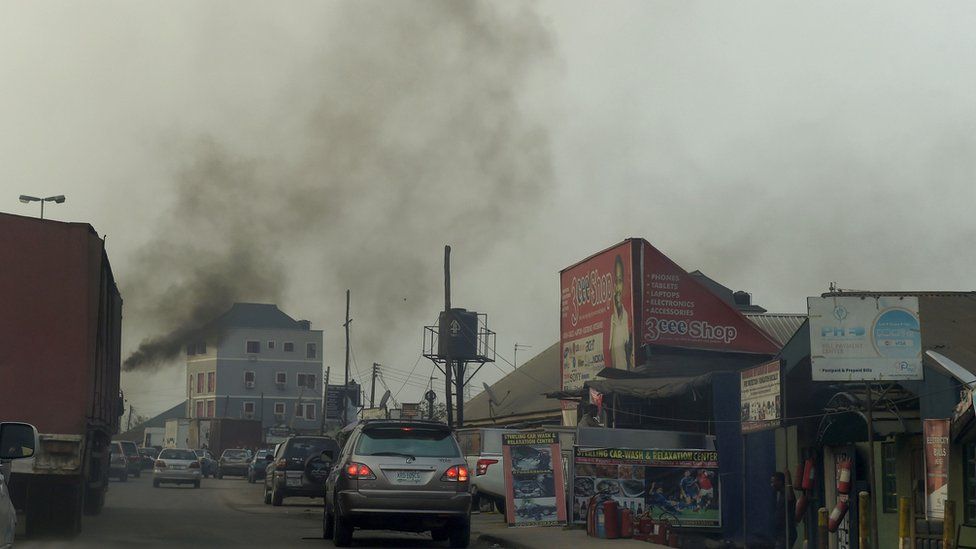 Port Harcourt is hardly recognisable under the cloud of think could of soot and smog that has covered it since November 2016.

The cause of the smog is not clear but some have blamed illegal oil refineries or the practice of burning tyres.

The Nigerian city of Port Harcourt used to be known as “The Garden City”. However, it has recently been covered in a blanket of black soot, which has prompted the federal government to declare a pollution emergency there. 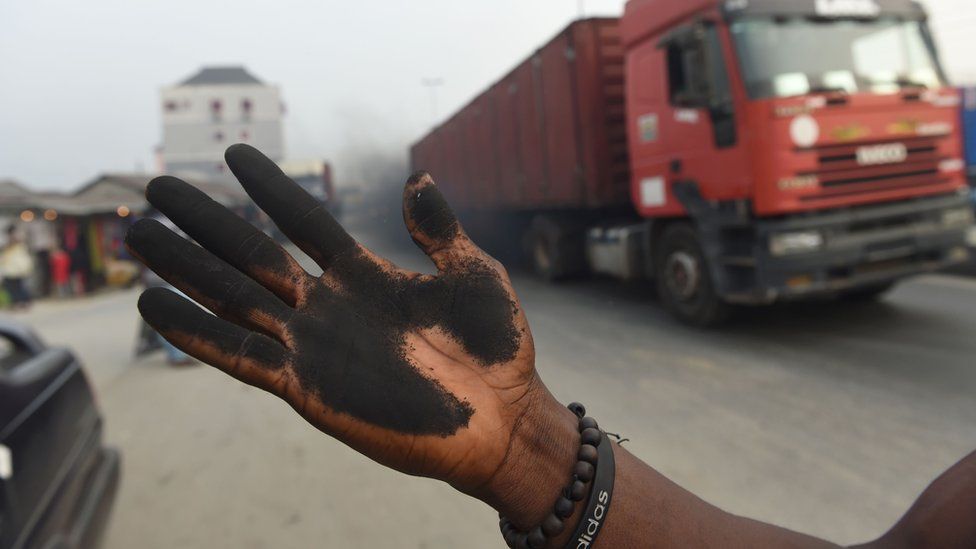 This is what happens if you wipe your hand on an exposed surface, such as a parked car. 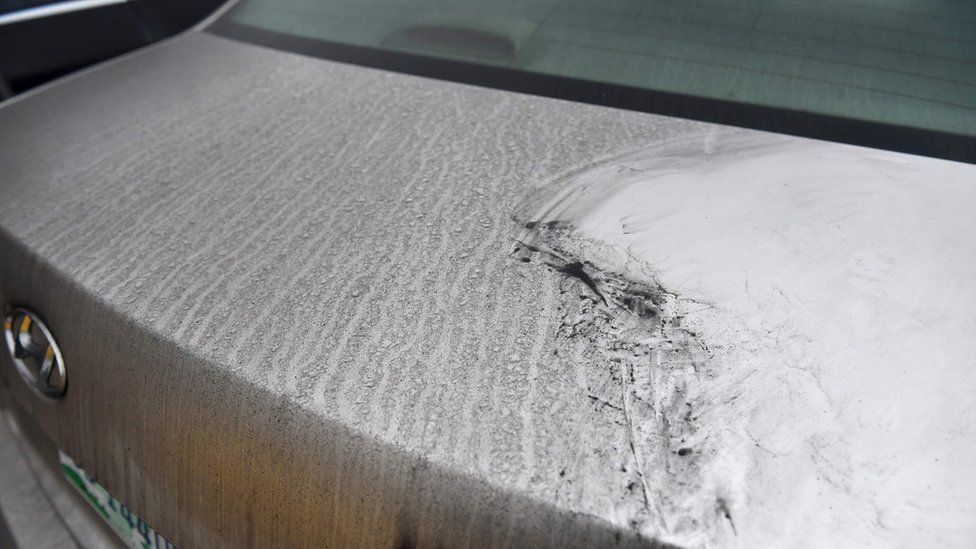 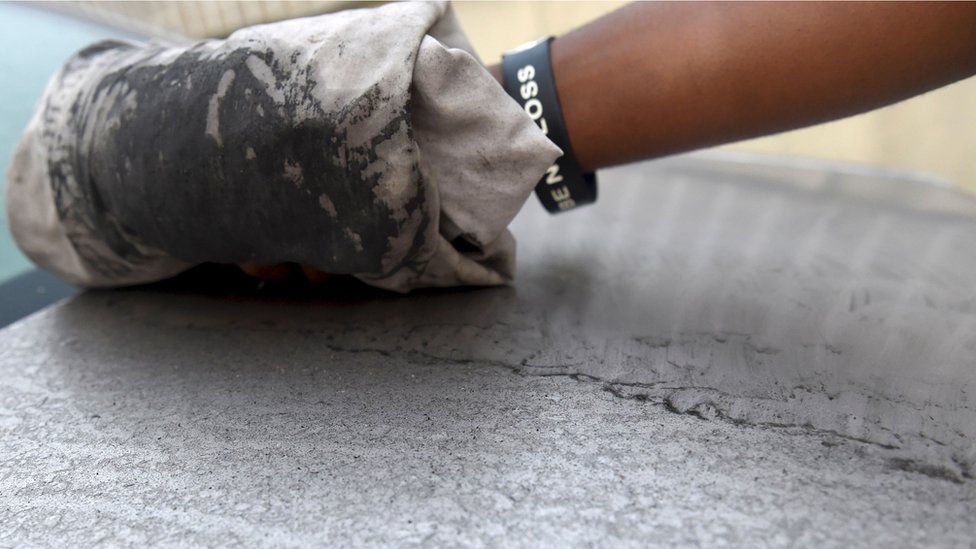 It has become impossible to keep cars clean. 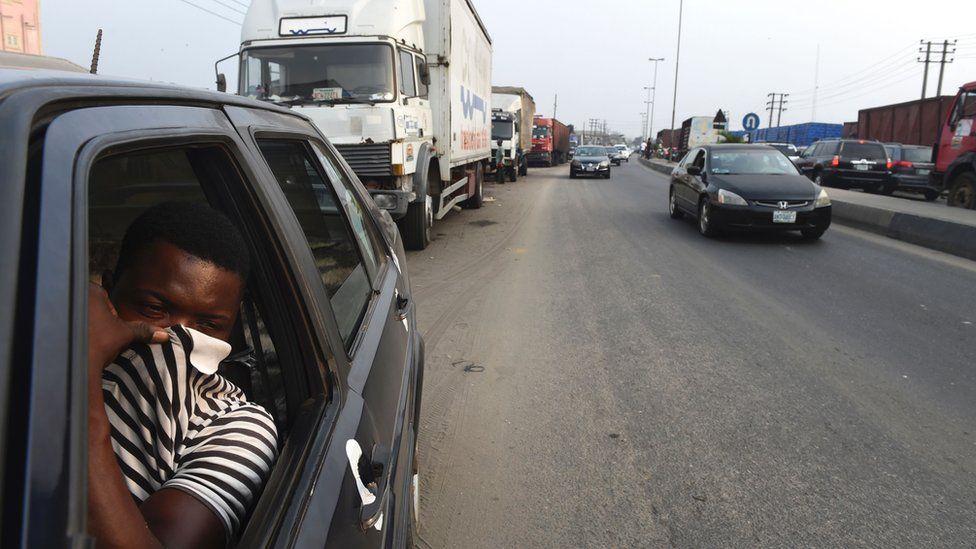 Local residents are increasingly worried about their health. 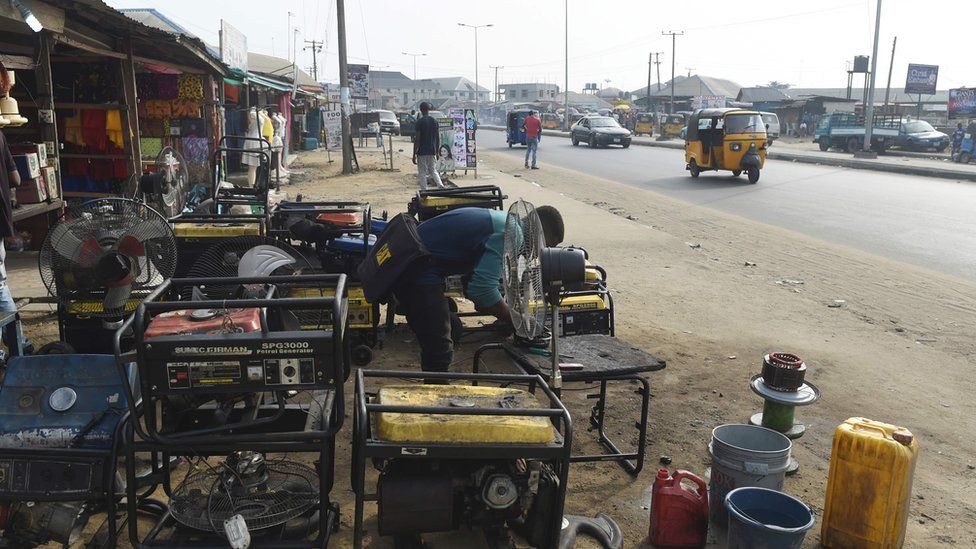 However, daily life carries on as much as possible. 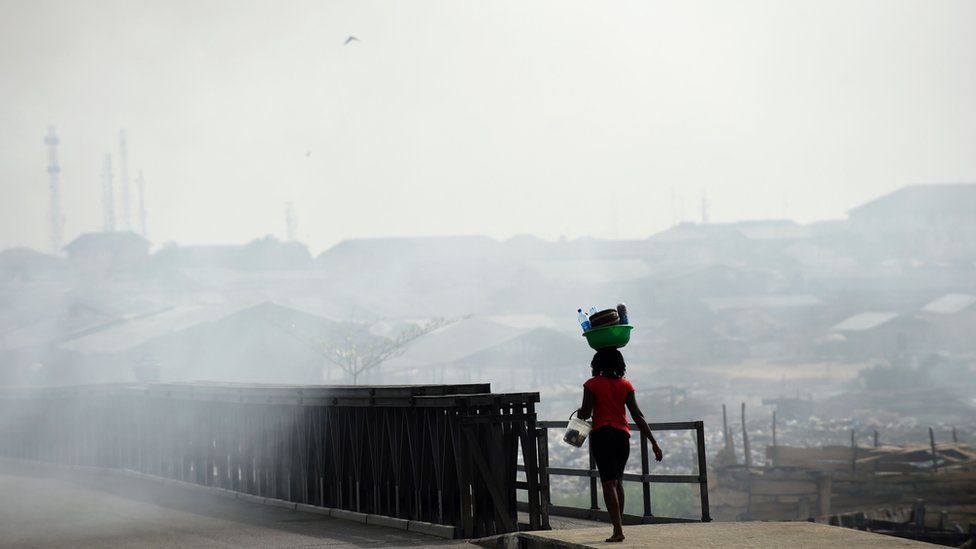 People still have to go the market to buy and sell food.

And children still have to go to school…